So I\’m revising Homes…again. I hate revising. I want to hang this one up and start something new, but if I want this book to be as good as it can be and ever do anything more with it than complain as it sits on my Google Drive, then it has to be polished. Some authors work for a decade on their first fantasy novel and I\’ve been at this one, in any dedicated sense, barely two years, so I guess it\’s alright.

This is one little chapter I\’m especially happy with. We are about a third through the story and the Dredge had not yet been introduced. I hope all the chapters end up feeling this way: a bit literary, funny, with a good smooth pace. 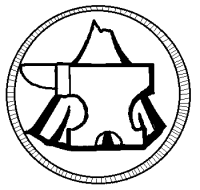 “By my father!” swore Ingbi, “I will see that Barne hanged!” His cry echoed and chased Filvr and Little Adil all the way through the mine. They did not take that way again.