Design a site like this with WordPress.com
Get started
January 21, 2015 shoreless

\’Yes! Belief, belief, belief! That\’s all I say all the time, man! F*ck with ya boy! Open your heart! Trust in ya boy and it\’s all gravy, man! You get money f*ckin\’ with me! You feel me? You ever heard of Steve Jobs? You heard of Steve Jobs? I\’m just sayin\’ bruh! You wanna know how he made the money? Cuz he gave it up to ya boy! I\’m just sayin\’, Fish: the faith of a mustard seed. The faith…of a mustard seed!\’ 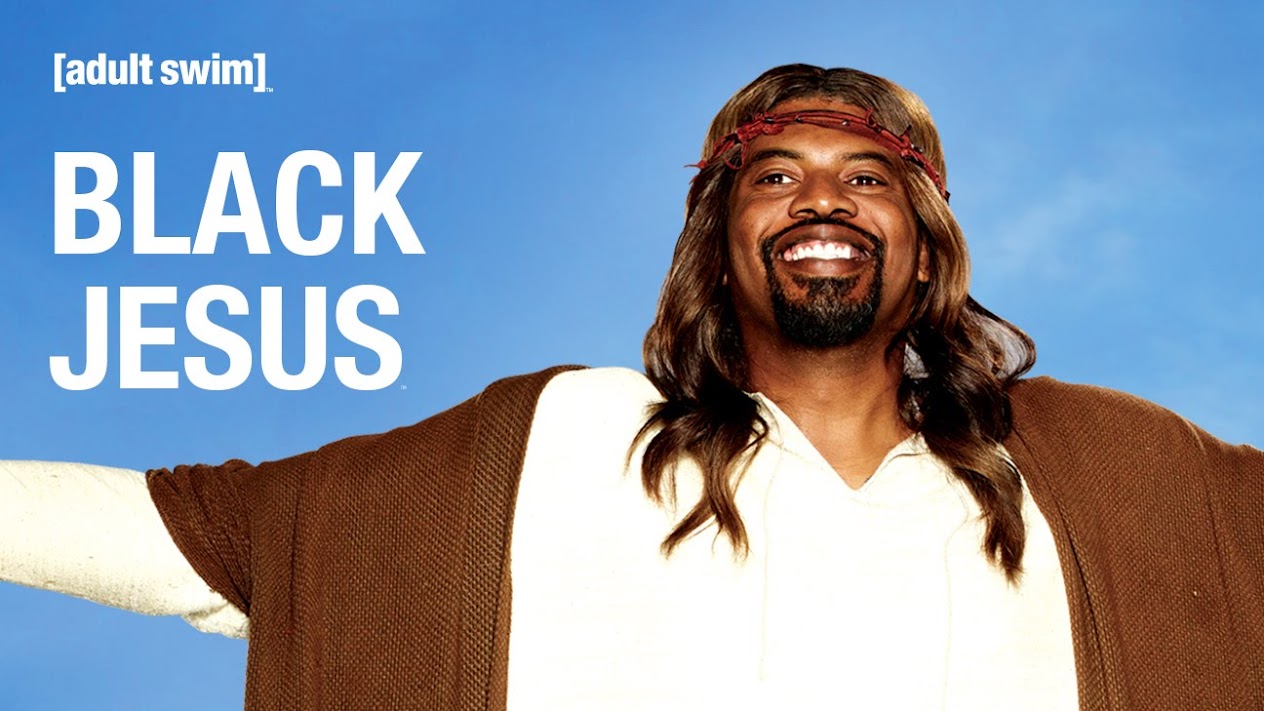 This fall a show come out on Cartoon Network\’s [adult swim] entitled Black Jesus. It is what it sounds like: a show about Jesus if he were black. But not black back in the day, it\’s Jesus as a contemporary African American living in Compton, Los Angeles County. It is not a serious show. It is not a critique on the race of Jesus. It is, basically, a dumb stoner comedy and it\’s pretty doggone funny! You would expect a show like this to catch some flack and it certainly has. A pot smoking, foul mouthed Jesus certainly cracks a few lenses through which we see the Lord. That\’s my only real gripe with the show: you just can\’t really reconcile a Jesus who gets high regularly and curses like a sailor with the Jesus of scripture.

But set that aside and you actually get a little piece of the nature of Christ were he living today. He constantly preaches faith and love, non-violence, peace and unity, the advancement of the will of \’Pops\’ on earth. He heals his enemies. But, more importantly to the case and context of Black Jesus, this Jesus is pretty funny and that\’s all one can expect from a rather bizarre show on a bizarre block of programming created by the same dude who brought us Boondocks.

However, Black Jesus came to mind earlier today when I was watching a bit of a video featuring Gregory Boyd and his thoughts on reconciling the violence of God in the Old Testament with the peaceful message of mercy, grace, and forgiveness of the Messiah.  In brief, both to minimize the length of this post and belie my own ignorance, Boyd and company approach from a \’reinterpretation option\’ in which we  reinterpret God\’s involvement with Israel, and the subsequent violence, through the lens of Jesus. One of the paths this leads us down is Boyd\’s idea of flexible incarnation, that in order to reach people God will stoop to their level and accommodate them. We, being profane, cannot take God face-to-face (the profane will be annihilated by the holy, think of Moses coming down off the mountain) and so God reveals himself through our fallen nature to later lift us up to be holy like him. So, the God of the Hebrew Scripture is capable of condoning great acts of violence because He is meeting the people of ancient Israel right where they are: in the middle of an incredibly violent ancient Middle East.

I\’m not totally sold on the approach, but it is interesting, and I really appreciate his methodology which attempts to align our view of God and scripture perfectly along the path of Jesus, the true incarnation of the Father.

With this idea in mind, how would God reveal himself to the people of a poor, crime-ridden neighborhood in modern Compton? Would he smoke? Would he use harsh language? The question is moot because God has already revealed his fullness in Christ (perhaps when humanity was \’ready\’ for it) and so we base all off of his example. Had there not already been a Christ and had he chosen to come today in southern California, he would still look like the Jesus of Roman Palestine: that is, holy. But would God adopt some of the things of the culture to bring about the revelation of his nature to those people, in much the same way he did not shy away from using violence in ancient Israel? I don\’t know. I\’m just posing the question. And maybe, just maybe, if a mere taste of the message of the true Christ is embedded in its crude, half-baked exterior, then Black Jesus has something going for it.