Design a site like this with WordPress.com
Get started
March 22, 2016 shoreless 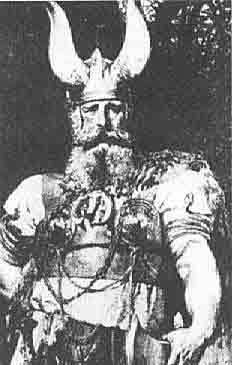 There is something truly remarkable about the word \”Vikings\”. For more than 200 years these people have enthralled the English speaking world in strange and wondrous ways. Once a side note of Christian European history that read something like, \”Barbarous arseholes\”, they\’ve perpetually taken our imaginations captive. History Channel\’s Vikings program, now in its 4th season, is, I feel, the culmination of these 200 years of obsession.

I like the show mostly for its production value. The vistas, costumes, and direction are all brilliant. It\’s part of the general appeal for me as a fantasy loving quasi-medievalist: a depiction of a world more in touch with nature and, thusly, itself. The acting and story lines are good as well, if not a bit predictable. Someone is going to betray and kill someone and someone is going to be sleeping with someone and there will be some battles. That\’s about it. But I call the show a culmination of these many years of western obsession with the Vikings because it reflects both the contemporary archaeological discoveries that have been made about the Northmen (their historicity, as it were) as well as the necessary and inextricably glamorous (meant in its classical and modern usage) entertainment value. Vikings were real, historical people, but that\’s not quite enough to satisfy the legends we\’ve made them to be.

And this is not just a contemporary thing. Victorian England made the Vikings the subjects of novels and essays and stories and, shortly after the advent of film, movie stars. Wagner made them opera stars. Tolkien ate them up and digested them into his Middle-earth mythos. In fact there is a great quote in one of his letters in which he lashes out against Hitler for his use and abuse of Germanic-Norse traditions:

“I have in this War a burning private grudge…against that ruddy little ignoramus Adolf Hitler …Ruining, perverting, misapplying, and making for ever accursed, that noble northern spirit, a supreme contribution to Europe, which I have ever loved, and tried to present in its true light.”

Tolkien was a redemptionist of the Viking sagas. He viewed them in a spiritual, as opposed to religious, light. The religious interpretation is simple and well documented: they\’re dirty pagans who need Jesus. Looking through a spiritual lens is a bit different. How do we apply a Christian worldview to a decidedly un-, if not anti-, Christian culture? By appealing to its \”true light\” of heroism and sacrifice and community and art and myth-making.

And it\’s this reframing, Christian worldview or not, that gives us Vikings. It\’s sexy and violent and stylish and political and dramatic and thrilling, a far abstraction from the limited information we actually have on these people. There is human sacrifice and pagan worship, but its mystery and intrigue are interwoven with its violence and otherworldliness. It\’s dealt with respectfully and in the same light as the brutality of the Christian church of the 8th and 9th centuries. Simply put, they are both products of a harsh world. The raids and violence are similarly terrible and exciting, as much about discovery and intent as brutality.

Our obsession, or at least fascination, with the Vikings is manifold. It\’s rooted in (sometimes selfish, sometimes genuine) heroism: aggressive men and women, axes in hand, battling for glory and treasure and a better life for their families. Some part of us longs for battle and adventure. This has a spiritual reflection, as Tolkien saw, that appeals all the way to pacifism. There are battles to be fought and won, even if they are done through prayer and nonviolent means.

But there are many heroic traditions in the world. Why the Norsemen? I happen to think the Vikings have won out here in the west precisely because they are western. The English can trace roots directly back to Germanic tribes and Danes and other Scandinavian heritages, and so do many Americans. A sense of kinship creates an accessible link to something that is otherwise entirely alien and other. Surely every white European or American has someone in their brain saying, \”Hey that could be my great x100 grandpa slaughtering that priest!\”

The fact that feats of heroism are made into legend is something that also creates draw. As anyone who has studied 20th century history knows, there are no longer any \”good wars\”. The lines are too blurry, the gray area too wide. And even if the Vikings often slaughtered and enslaved innocents we are far enough removed to shave off the dubious and focus on the characters in question and take in their bravery, mischief, and acts of legend. Because of that historical distance, and a well-written show in Vikings, we can behold them without fear of being in the wrong, as it were. As Michael Hirst, the creator and writer of the show said, \”I especially had to take liberties with ‘Vikings’ because no one knows for sure what happened in the Dark Ages\”. So there is plenty of wiggle room for us to enjoy the warfare and violence from a far vantage and make their heroism our own.

Finally, Viking people enjoyed a spirit of freedom that is somewhat lost today and is completely lost in many other historical eras we are obsessed with. Some of the appeal of Victorian-Edwardian English dramas (Downton Abbey, Pride & Prejudice, and so on) is the utter lack of freedom in the midst of splendor and wealth. The tension of the class system and societal propriety is insta-drama and appealing to us Americans who have certainly lived without it, at least to the degree that it was present back then. Pick a time and place of your own: dynastic China or Japan; Renaissance Europe; colonial America. The struggle is often around or about freedom. The Vikings already have it. The political affiliations are loose, the moral restraints are few, the social propriety is limited at best. So our Viking friends are free to follow their compulsions and visions to fruition or ruin and we simply get to tag along for the ride.