Design a site like this with WordPress.com
Get started
April 28, 2010 shoreless

The Gathering of the Clouds 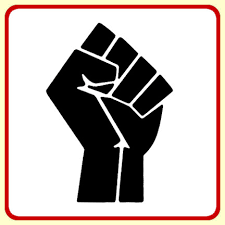 Come 24 May, a lot will have changed in my life.

Certainly not the least of those changes will be my completion of graduate school. I will have achieved a Masters degree of Education in the field of TESOL and I am quite pleased at that. Working and schooling simultaneously is not an easy or fun thing, but it does feel good to accomplish such a feat.

Additionally, my fifth year as a seventh grade teacher will be successfully completed.

Finally, LOST will be effectually out of my life, at least in a day-to-day sort of way. The soup will be eaten and, at some point, I will have to taste it again but I reckon I will need the summer to let the ingredients decode themselves to my senses or, more probably, keep stewing. And that\’s okay (in fact, it is kind of the point).

Oftentimes, I think about the The Summer of George, the Seinfeld episode where George Costanza utilizes his severance pay from the Yankees to do, well, nothing. This seems like the ideal way to spend one\’s summer days: playing frolf, watching television and drinking soda freshly chilled from your armchair-refrigerator, taking mid-morning naps, and, perhaps, reading a book from beginning to end (in that order). Oftentimes, I feel I need this state of extreme inactivity but my want to be lazy is often at odds with my want to be productive, strictly for the sake of productivity. There\’s some old demon in my head that has to prove something to someone; that I don\’t need to be, and simply am not, lazy, that I can spend my summer making extra money (teachers get paid in the summer) and otherwise not loafing. It is an annoying and troublesome burden, one that I\’m actively trying to be rid of. I see no reason to have it around this summer. All I see is a summer with a lot of reading, a lot of writing, and a lot of gaming. Barring some dream job falling in my lap, I shall remain otherwise unemployed save by my own wont.

Oh, there will be \’honey do\’ lists and other mild responsibilities, but I foresee long and leisurely days. It\’s the kind of blissful laze that hobbits and sloths dream about.

I think we in the U.S., as it is the only country I can really speak of from first hand account, are terribly overworked. There is an odd duplicity in our culture that says, \”work hard and play hard\”, but we seem to do neither very well. Recently, my wife and I went to Hilton Head Island where we did little besides rest. Oh, we went to the beach a few times, played adventure golf, ate seafood, rode bikes around the beautiful neighborhoods, and otherwise explored a bit, but we also watched a lot of television (it was the end of the NHL regular season, come on) and played a lot of LotRO on the lappy. This is partially so because it\’s how we like to do vacations; that is, doing very little of anything at all. It was also because we were trying our darndest to make it a cheap trip. But somehow, for me, it didn\’t seem enough. Certainly it was my own madness reading into people\’s words and nonverbal cues, but when we talked about our trip somehow our lazy little time didn\’t seem enough. There appeared an unspoken expectation that you\’re meant to do stuff when you\’re on vacation.

Again, I hasten to add that I am probably wrong about most things, but a simple vacation of waking up, sitting around all day (possibly at the beach) then eating, then sleeping, then doing it all over again seems somehow \’unamerican\’. I\’ve had friends speak of such time with a justifying pejorative to their words. \’Yeah, it\’s very lazy, we don\’t do much of anything\’. It can\’t just be a vacation, it has to be that lazy vacation we took, where we didn\’t do anything.

Based on the little I know about European holiday mentality, and the romanticizing I\’ve put on it, our European cousins seem to have it together: more vacation time, less activity. If anything, you might take a bike or car tour around some stretch of countryside you\’d not seen, but it probably ends at a villa with a nice meal. They also get more vacation time (by law) but still have a similar level of productivity in the work place — probably because they\’re better rested and more relaxed.

As I struggle to find a conclusion, let me say that the Summer of Derek is upon us. With one fist shaking at The Man and the other clutching a cold beer, I bid you all a fond close to the spring season and a better summer, full of frolf and Tony\’s.