Design a site like this with WordPress.com
Get started
April 25, 2020February 8, 2022 shoreless

D&D is for the children

Playing games with your kids is a double-edged sword. On the one hand, they’re gaming buddies that you can boss around and who actually live with you. On the other hand, they’re kids and kids can do weird things. Sometimes said weirdness is awesome; other times it’s frustrating. Mostly kids are keen to get into the thick of things when it comes to gaming and not belabor pointless details that hold up the session, which is nice. 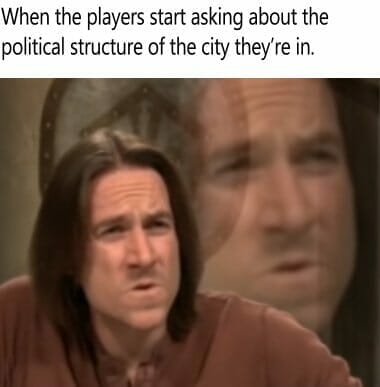 Lately, to get them outside, we’ve been having “Wizard Walks” where we walk around the neighborhood and pretend to be wizards. That’s about it. But my kids never stop imagining and pretending. So when Big Sister started going into Director Mode and saying things like, “Now this happens and I do this to you but then this happens and I’m like this and you’re like this,” I had to hit the breaks and say, “Nah, kid. You gotta roll for it.”

Dungeons & Dragons is, to some, The Game That Shall Not Be Named. I find these are mostly reformed nerds who played way too much AD&D growing up and are trying to move to bigger and broader horizons, away from the Neckbeard Cult that so often surrounds the game (even though D&D seems to be a hotbed for the progressive wing of the tabletop culture), and I applaud them for that. However, having grown up with exactly zero D&D despite my best efforts, the game does not have the same connotations for me. In fact I’ve only played maybe three actual sessions of D&D.

So when I had to choose another game to try with my girls, I decided it was time to get into that Dungeon. I’ve had sessions with them using the Pip System and Epyllion and Fate Accelerated, all of which are great. I’ve even dabbled with Monster Slayers, but when I started poking around at kid-friendly character sheets I stumbled upon this gem. I really like the layout that Brian did and I also like his “They’re kids so who the *%^ cares about the rules?” approach.

Starting off in this type of game is tough with little ones because you have to keep one hand on the steering wheel so the little bugger stays on target. They can’t really read the sheets can they? The now-eight-year-old can read better than most 8th graders, which makes things nearly 1000% easier; the four-year-old not so much. So I took what Brian did above and basically just added a bunch of icons representing gear and skills that they could circle and so that they have a vague idea what each stat does. I messed around in Word for an hour or two, albeit obsessively, so it isn’t super high quality:

It started with just magic users but I added a fightier and rogueier class with pre-built stats. It’s cheap but it’s fun and I want to share it with you. So if you’ve got little ones in your life and you want to do something fun, click here and grab some dice and get wild.

Couple notes if you’d like more to go on: the kids basically get to decide what the ability icons mean. Enemies are all AC 10 and hit with 1d4; kids always use 1d6 (per Brian’s rules). The bottom left box is for them to draw their adventurer (or write traits if you’re in to that). They tick off hearts as they get hit; XP after they kill something or do something awesome. Five XP = a new spell or feat.

That’s what I’ve been up to.